Farm in the city


One fine Saturday in spring, I stumbled across horse-drawn carriages in the middle of the streets of the capital. Luxembourg is not like some cities where you can find this type of transportation mainly for the benefit of tourists, so my surprise was complete. 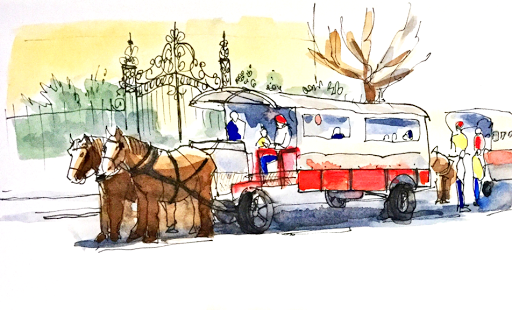 Until I remembered that part of the city had been taken over by farmers that weekend for an event they called Bauerenhaff an der Stad (farm in the city), the perfect occasion to whip out sketchbook and pen for a few quick sketches before heading to an appointment. The event was taking place under the watchful eye of the Gëlle Fra (golden lady), and gathered farmers and cooperatives from all over the country who were there to show their work and products to consumers and city folk in particular.
The children's response was enthusiastic to say the least and in some cases I wondered if it was their first time seeing real life animals.

The cows were a big hit and many children were trying to feed them, but I guessed that they had already gotten enough hay from previous little hands.

I heard many amusing comments around me and a lot of questions to which parents didn't necessarily have answers (neither did I for that matter).


"Look! That goose is taking a bath!" 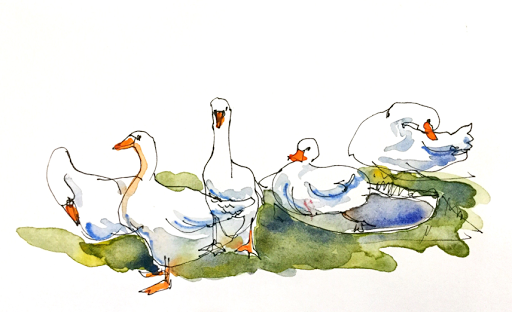 "What are these rabbits called?" - "Those are bunnies, not rabbits." 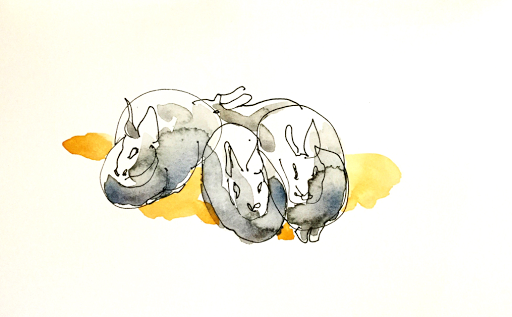 It must be a real treat for farmers to see such positive reactions. All in all, it looked like this first edition was a pretty successful event, which I hope will be repeated in the future. How else can a city dweller like me get to sketch a few animals?
Posted by Unknown at 9:12:00 am